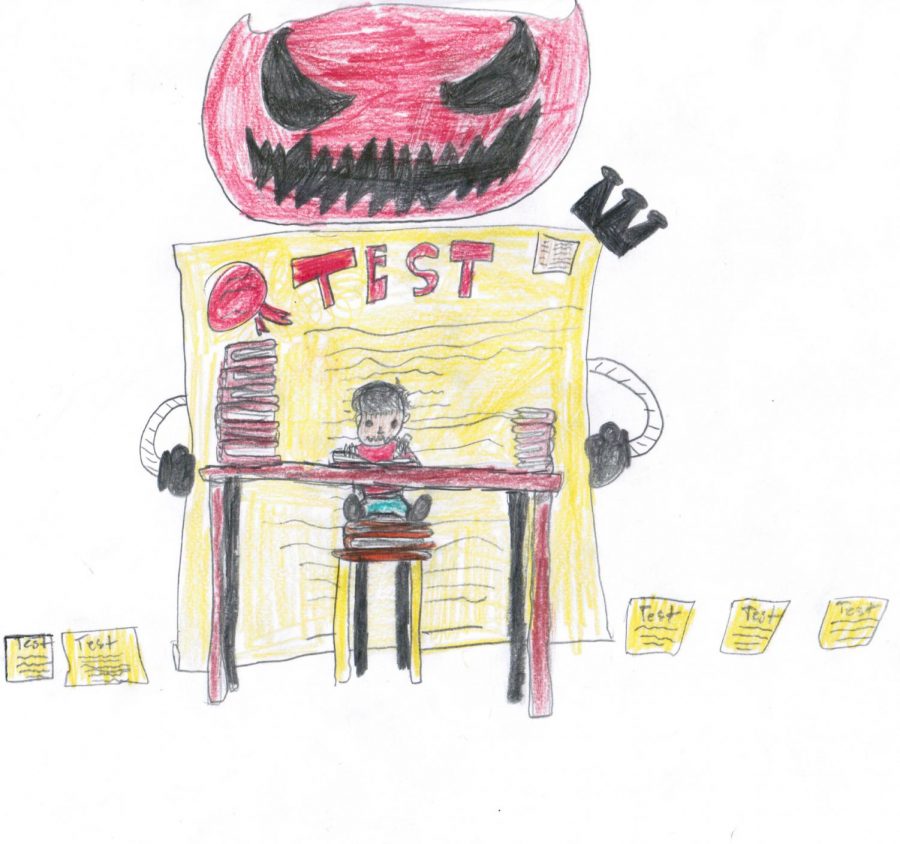 Many students struggle with test anxiety, making it difficult to do their best during exams.

Mental illness in adolescents has been on the rise in recent years. Almost half of adolescents in the United States have a mental disorder. Of that percentage, 22% have a severe impairment. Anxiety is the most common of the disorders that affect teens, with one in three teens experiencing anxiety problems.

Schools need to prioritize mental health needs, recognize them as valid struggles and have more accessible help for everyone.

Recently, more young people have been experiencing mental health problems. From 2000 to 2016, there has been a 30% increase in teen suicide rates, and according to psychologist Robert Leahy modern teens experience the same levels of anxiety as psych ward patients in the 1950s. Mental health has been heavily stigmatized, thought as not a real illness and not taken seriously by the general public in the past. Therapy has also been reserved for “crazy people” in the past, but it should be more normalized in order to help the youth through their problems. Therapy is something that has potential to benefit many people and perhaps prevent issues in the future, like helping deal with relationships, stress and/or trauma. Medicine and therapy should be a more normalized form of help for people with mental issues and it should be made less intimidating and easier to access.

The most common form of mental disorders that affect teens is anxiety. This anxiety is often fueled by stress at school. Mountains of work, bullying and exhaustion from spending the majority of the week at school or worrying about school can fuel anyone’s anxiety. School should feel like a place where a student can explore their intellectual interests and prepare themselves for the world when they graduate. This can be difficult for them to accomplish when they are being crushed by the stresses of school and the lack of real emotional assistance. It’s imperative that schools understand student’s needs and be open when someone is reaching out for help.

If someone does not have access to proper help when they are struggling, they may turn to something worse. There was a study in 2016 that showed ⅔ of 10,000 students who had substance abuse problems have at least one mental disorder. They may not directly cause each other, but drinking and drug use may certainly exacerbate mental illness as well as someone with mental illness may turn to substances in a poor attempt to self medicate. Any substance abuse problem paired with mental illness has the capacity to make the other ten times worse. This is why it is important to publicize resources to help those who are struggling and understand what they are going through.

Mental health is something that schools need to prioritize and recognize. Someone’s mental well-being affects their entire life and every aspect of it and building a strong mental fortitude sets young teens up for success in their adult life.