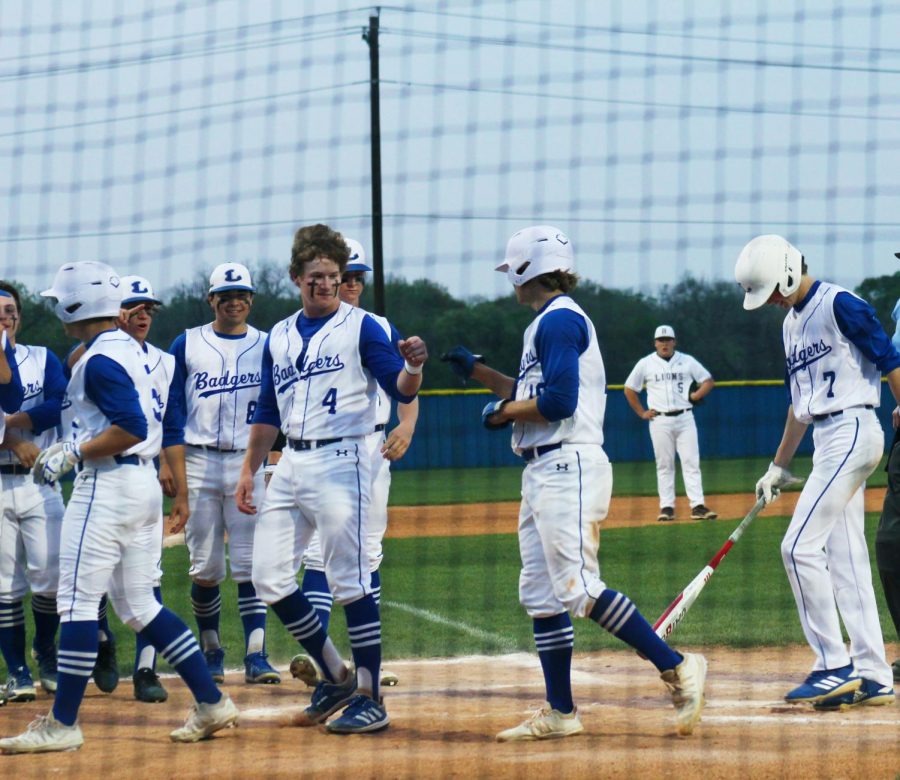 The varsity baseball team travelled to face Brownwood April 9. The Badgers won 6-5, improving to a record of 6-2 in district play and clinching a playoff seat. The Badgers will travel to play Stephenville tonight at 7:00 p.m.

“I think we played well,” head coach Chance Evans said. “I think we showed more confidence at the plate and on the mound than they did and it allowed us to take the lead and keep it. We had five errors in the field and that has to improve. Pitching was really a key difference maker. Our hitting is continuing to improve and our pitchers did a great job of throwing strikes and limiting free bases.”

Senior Keagan Richardson helped lead the Badgers to their victory with a season-high three RBIs. The Badgers are currently second overall in district, only behind Stephenville according to Maxpreps.com.

“I think both teams competed at a very high level on Friday,” Richardson said. “It came down to the very end of the game. I think everyone has their good games and bad games [and] I was seeing the ball well and I would say that I ended up having a good game. It’s awesome to be able to clinch a playoff spot, [since] we’ve been working hard, so it’s a great accomplishment.”

It’s awesome to be able to clinch a playoff spot, [since] we’ve been working hard, so it’s a great accomplishment.”

Per Evans, the Badgers have been matched with a tough and competitive district, with Stephenville posing the biggest threat.

“It’s always good to clinch a playoff spot,” Evans said. “It takes a little of the pressure off. But we’re not done working and we understand that we still have more we want to accomplish. If we can continue to hit the way we have been and keep getting quality pitching we can end up in the top spot in district.”

Due to the COVID-19 pandemic, the 2020 baseball season was cut short, with the team not even being able to reach district play, nor a consecutive playoff appearance.

“When it comes to strengths and weaknesses, it’s a matter of whether everyone comes together or not,” Richardson said. “When everyone’s on their ‘A’ game, we’re a great team, [so] it’s harder to win when not everyone is on their top level. I think our district is real[ly] competitive, and I love that; all we have to do is finish strong and we’ll be district champs.”