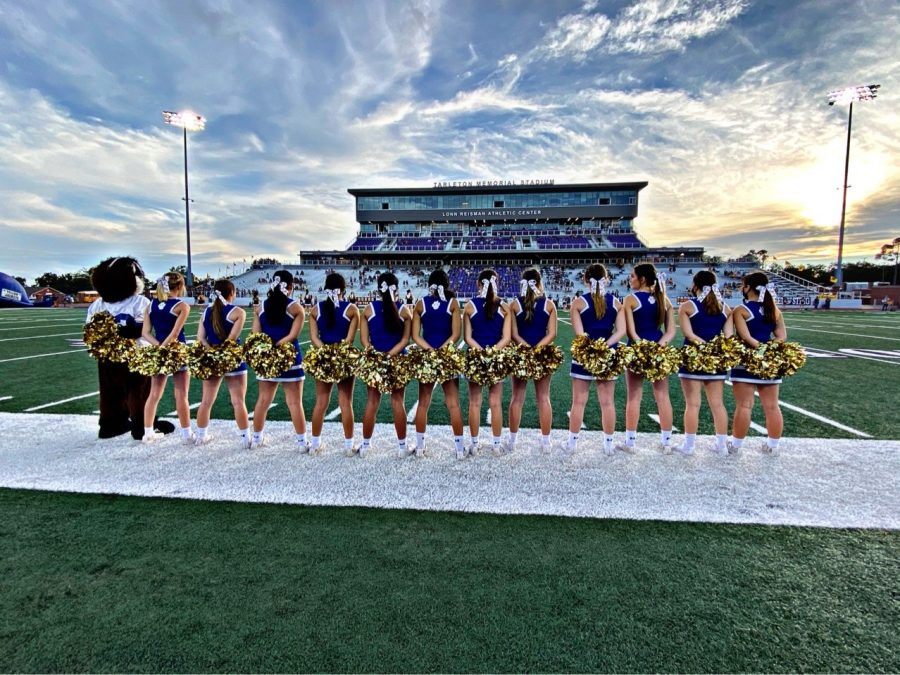 Cheerleaders stand on the sidelines during the 2020 football season.

Virtual cheer tryouts were held March 24 in the field house for the 2021-2022 cheer team, and the meeting for the new team will be April 21.

“Tryouts were switched to virtual for the first time last year during the start of COVID-19,” cheer coach Shannon Lindsey said. “After holding virtual tryouts last year, we, the coaches, noticed how much more relaxed the candidates felt. Our goal is to allow everyone to be able to be at their best on tryout day and if that means holding virtual tryouts in a smaller venue, then we will make it happen. This also allowed us to move the tryouts out of the gym and into the turf room. Sometimes being alone individually trying out in the gym by yourself can be very intimidating. I don’t want people to be so scared of the process that it causes them to not try out.”

Candidates showed up to tryouts at their designated time to warm up for their group performances consisting of three candidates.

Lindsey filmed the performances via cellphone to be sent to the judges.

Virtual tryouts could possibly be the new normal for future teams.

“If this helps the candidates feel more at ease, then it is worth the extra planning that goes into it,” Lindsey said.

Candidates trying out for the first time didn’t experience performing in front of judges.