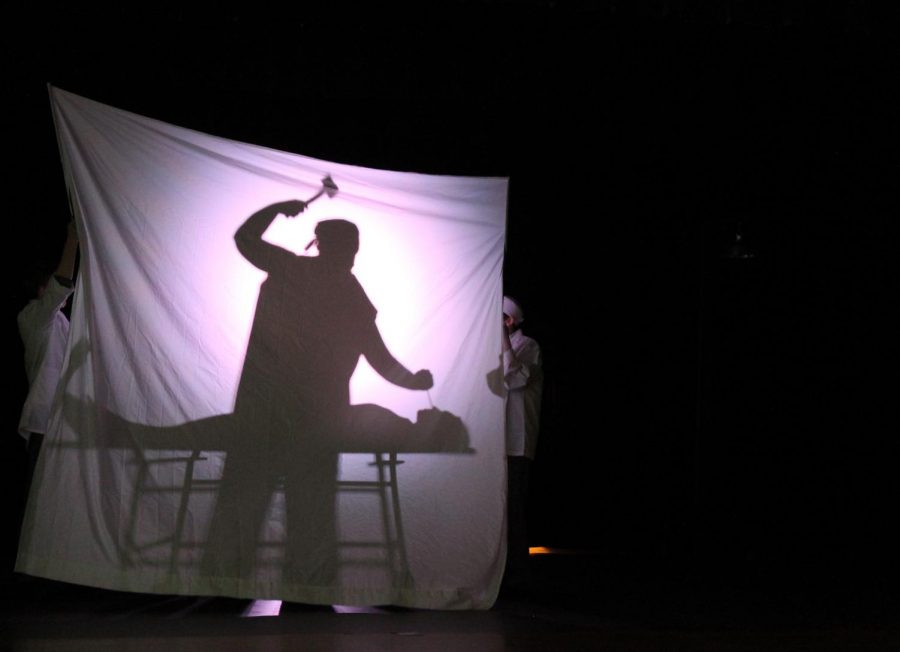 Junior Michael Neary, as his character Dr. Freeman, acts out a lobotomy on Abby Taylor in the role of Frances Farmer during their performance of “Saint Frances of Hollywood.”

Junior Abby Taylor and senior Ethan Butler both won the two ‘Best Actor’ awards. It’s a very rare occurrence for two actors from the same show to win the awards.

“It felt great because I worked really hard,” junior Abby Taylor said. “I’m just happy we get to advance and happy we get to work together again because last year our season was cut short.”

Theatre students rode two hours on the bus to Glen Rose and waited for hours before they were scheduled to perform their show “Saint Frances of Hollywood.” To pass the time, they started doing their makeup, and rehearsing their show in the room they were provided by the host.

“It was really exciting knowing that we get to keep going and keep working on the show,” senior Makayla Osburn said.

The actors will participate in an all night lock-in at the high school for practice and team building March 19.

“I think that we definitely have the potential to do well and if we work hard these next few weeks, I’m sure we’ll do great,” sophomore Ella Hairston said.