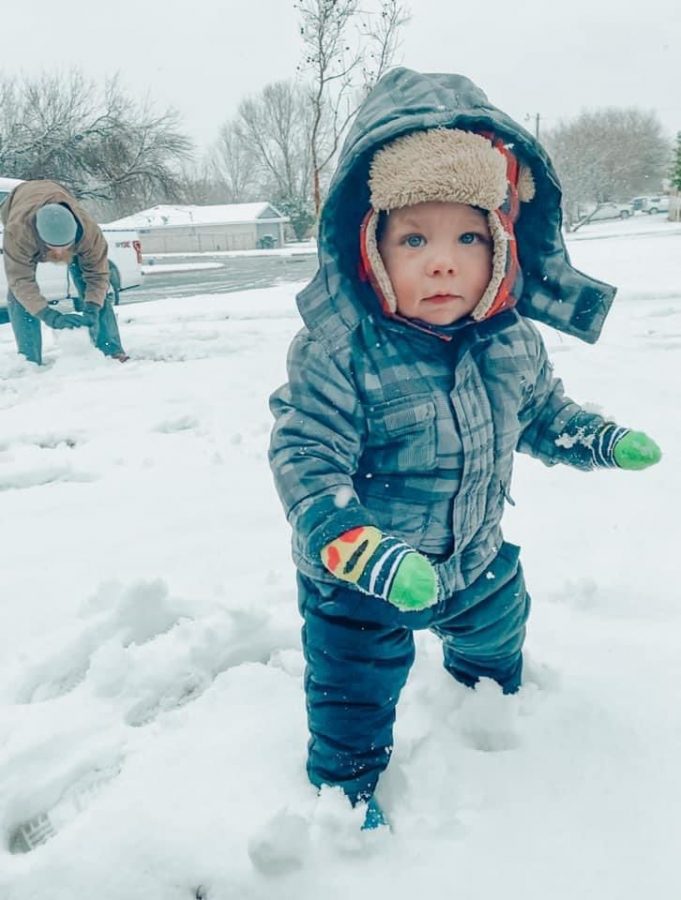 School started with a two hour delay today due to the winter storm Sunday that caused about 5-8 inches of snow, depending on the area in north and central Texas. This much snow hasn’t been recorded here in a decade.

“I felt really happy, since today was the first time my little sister got to experience the snow with me,” junior Ellen Cleaton said. “Me and my family rolled the snow into huge balls and made sculptures with them like we did when we would stay in Pennsylvania for the winter. I’m glad that the delayed start is happening. It’s been such a long time since we got this much snow and I feel like being able to sleep in just adds to the whole ‘special-ness’ of the situation.”

This much snow is celebrated by most, even if it causes some difficulties such as icy roads and the inevitable wet slush as it melts.

“It felt pretty magical, honestly,” junior Alex Rodriguez said. “I don’t remember the last time we had snow like this, so it was definitely a sight to see and one that someone wouldn’t want to miss. I enjoyed it. Took pictures, built snowmen, walked around, and just played in the snow. Everything you could think of because you want to take in as much of the experience as possible before it’s gone for good. But literally everyone else around us is practically getting the day off, and it doesn’t make much sense as to why we aren’t either, and going to [each] class for 30 minutes — I really just don’t see the point in it.”

Junior Savannah Caudle said the snow made her feel like a little kid again.

“This is the most snow I’ve ever seen and it was beautiful,” Caudle said. “I built a snowman with my family and helped my neighbors shovel their driveways.”

Most people seem to have enjoyed the snow and the school delay.

“I took my dog out in the snow so that she could play in it,” junior Claire Pekins said. “She’s never seen snow before so I took her out and she ran around like a lunatic. She loved it so much. I feel like the delayed start is a good decision to make sure everyone can get to school safely and without the worry of iced roads.”