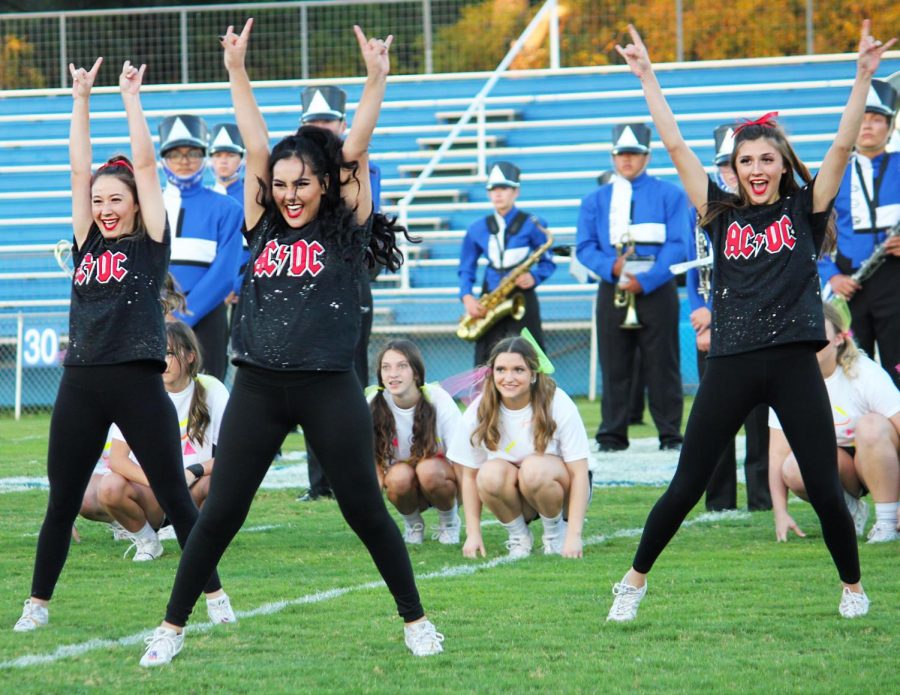 Homecoming Plans Adapt Due To COVID-19

After administrators cancelled the original homecoming festivities due to COVID-19 related issues in September, the homecoming king and queen were announced at the pep rally Oct 21.

“The difference this year compared to past years, is having to deal with the COVID issue,” principal Joey McQueen said. “It seems we are always having to follow the protocol to get permission to participate. I know this is a process that we need to follow. We just need to be flexible and do the best we can.”

“We had to do the whole halftime during the pep rally,” student council sponsor Elma Garnett said. “The kings are usually at the pep rally on Friday, but because we didn’t have it, we just had them kind of doing something similar to what the girls do.”

For some students, the pep rally was able to compensate a bit for the lack of a game, like for homecoming queen senior Addison McDonald.

“The pep rally was great,” McDonald said. “It made up for a lot of memories I feared I would miss because of COVID. This community does a great job coming together to support our boys and students, even in changing times, and the pep rally proved that perfectly.”

Homecoming is an important game for many people and not having one this year was tough, but according to McDonald, adapting is key.

I’ve said it a million times and I’ll continue to say it, we live in a changing world, we need to learn how to adapt, not control. Having a homecoming wasn’t the ‘normal’ but we made the absolute best of it.”

“Not having a homecoming game was upsetting, but not the end of the world,” McDonald said. “I’ve said it a million times and I’ll continue to say it, we live in a changing world, we need to learn how to adapt, not control. Having a homecoming wasn’t the ‘normal’ but we made the absolute best of it.”

There were a few speakers at the pep rally, including senior John Long.

“Giving the speech was a special moment for me, I’m glad I got to personally speak to the Badger community and I am honored that I was picked,” Long said.

Even though there was not a game, the pep rally went well, according to Long.

“The pep rally did make the season more memorable,”  Long said. “I’m grateful for any action we can get since COVID is limiting pep rallies.”