Students With Over 9 Absences Must Serve Clock Hours 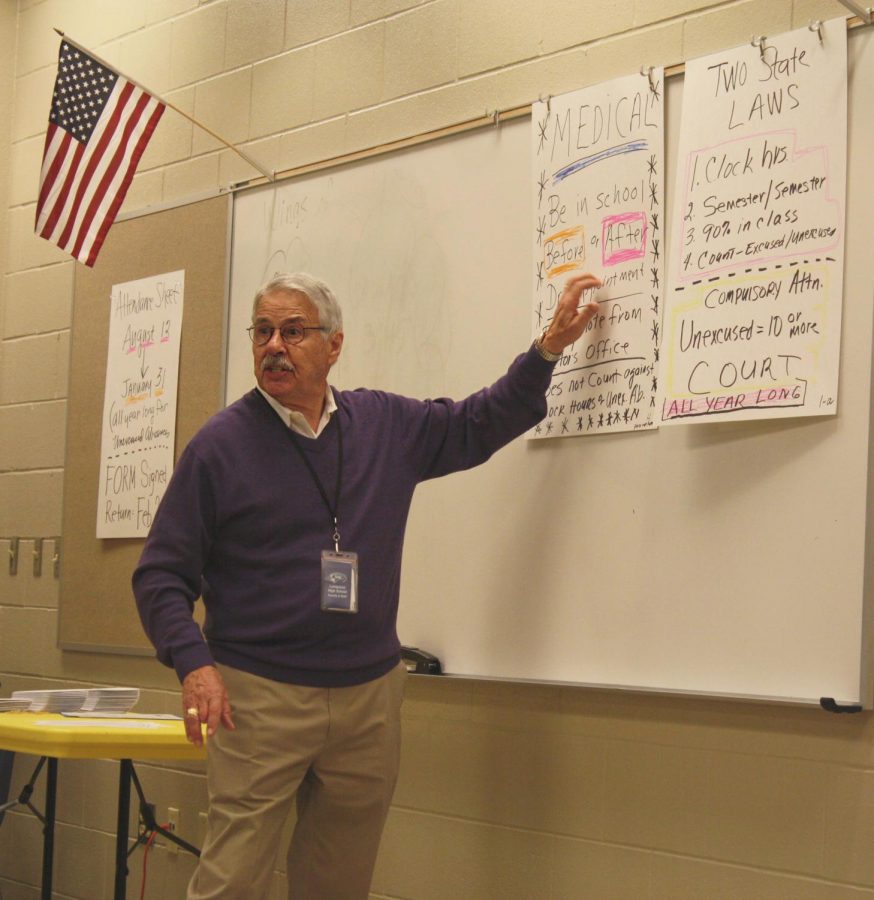 Attendance Officer Dick Parker held a mandatory meeting Feb. 14 for students who owed an excessive amount of unexcused absences. Parker outlined the consequences, as well as how students can prevent having  too many unexcused absences in a semester. Exemptions for this semester started on Feb. 18, and students who owe clock hours will need to serve them by the end of the year May 22.

“We had a total of 58 students who had 20 or more unexcused absences,” Parker said. “Most likely, many of these absences were where the student was actually sick, but they did not bring a note to the office within three days to explain the reason for the absence. It is interesting to note that out of the 58 students who were called to the meeting, 20 were absent for that day.”

Texas state law strongly recommends that students who have 10 or more unexcused absences be brought to Justice of the Peace Court. Additionally, parents of students with an excessive amount of unexcused absences could face fines averaging $249 per court appearance and can even receive criminal charges.

“We never want to take a student to court,” Parker said. “But if we resort to this, it is always good to say that we warned the student about the unexcused absences prior to court filing.”

Parker recommends that if students hope to avoid or fix their clock hours, they should never miss a class more than nine times. Students can also serve their clock hours by going to tutorials before or after school. The time spent in tutorials with teachers is “doubled”, with 30 minutes of tutorials equaling one hour of clock hour credit.

“Once a student has missed a class more than nine times, that student will have clock hours for every time the absence went over the ninth time,” Parker said. “One thing that students do not understand is that in calculating clock hours, the state requires that we count excused as well as unexcused. It does not matter that a student may have had the flu or some serious illness and all the absences are excused.”

Students who do not completely serve and pay for their clock hours are subject to facing academic disciplinary measures, such as not allowing students to receive credit and graduate.

“​When students acquire clock hours, they could possibly be denied credit for the courses and our district loses funding,” Principal Joey McQueen said. “We communicate with parents when the student hits the 10 absence mark. We hope the students and parents understand that attending school is important.”