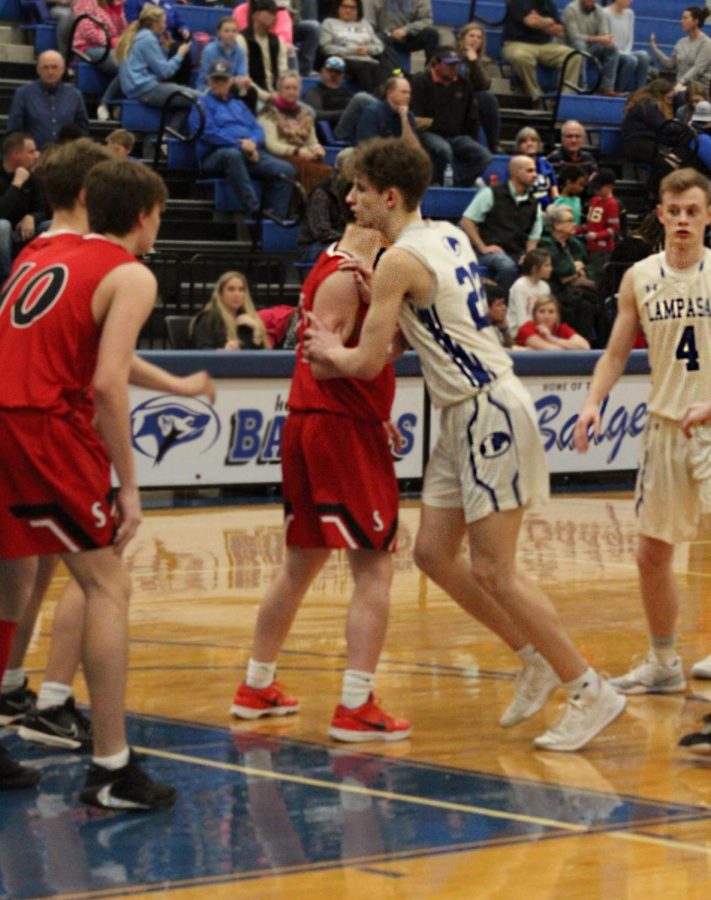 Sophomore Jett Bramon blocks out to look for a pass versus Salado Feb. 14.

If the Badgers want a playoff berth in boys basketball, they have to do what they did just one week ago and defeat the Salado Eagles again tonight. The teams will play at Killeen High School at 6:30 p.m.

“Just knowing how much was on the line versus Salado the first time was what propelled us to win against the Eagles,” sophomore Nate Bochardt said.

“I feel like I played okay, but whenever I wasn’t scoring I just tried my best to find my teammates that were on fire,” Bochardt said.

Beating the Eagles would move the Badgers to fourth place in district.

“I think we bought into the process and trusted the coaches and each other that if we want to win games, we all have to come together,” sophomore Jett Bramon said.

This is also a play-in game: the winner of this game will be in the playoffs and the loser will have their basketball season over.

“Beating the [Eagles] and going to playoffs would be the best feeling I have had all season,” Bochardt said.