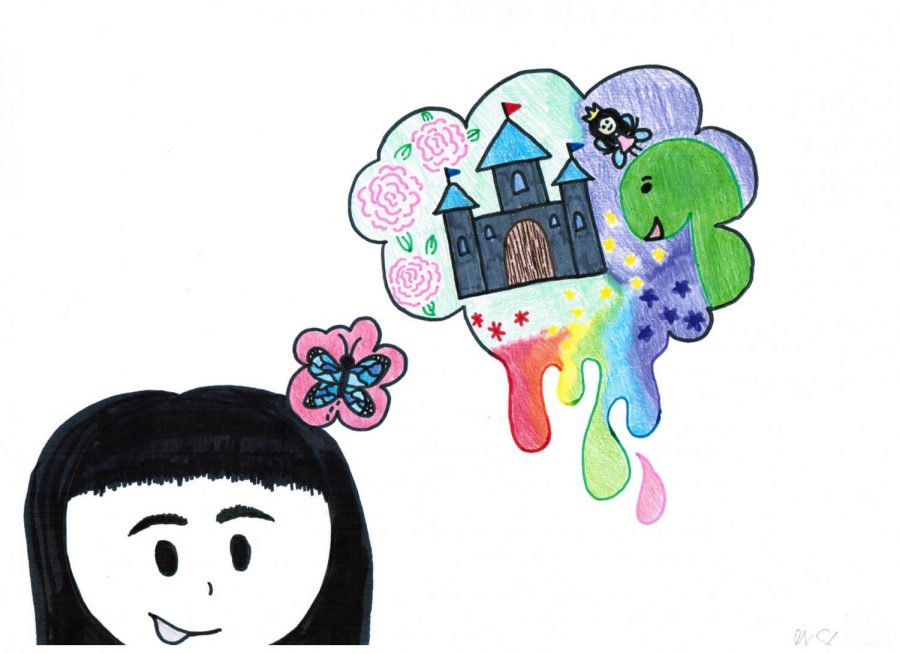 When a child’s dream or goal seems unachievable to teachers, they are told to come back down to Earth and do something more realistic.

In the last decade, schools have been targeted as the main cause of loss of creativity. For years, the upcoming generations have been becoming less and less creative.

While schools will claim that they are giving students a fair amount of creativity outlets, they are not. In the most viewed Ted Talk of all time, educationalist Sir Ken Robinson FRSA claims that “schools kill creativity”, arguing that “we don’t grow into creativity, we grow out of it. Or rather, we get educated out of it.” To Robinson, “creativity is as important as literacy and we should afford it the same status.”

Schools today are cramming information into small segments and expecting students to gorge themselves with the knowledge and spit it up verbatim for the tests.This leaves no room or time for creativity from any student. If schools were to take some time out of their schedules for students to think on their own then there would be no debate over schools making students “boring.”

The education system is also crippled by the use of the internet. In 2004 when google became usable to the public, creativity took a huge hit. With everything at the millennial’s  fingertips, it takes little to no time for them to search for an idea. Thus, when a student is asked to write an essay or think about an idea, they just have to go to their favorite search engine and look it up.

Creativity isn’t on the tests taken in school nor is it on the daily work. Schools teach students specific ways to do assignments and certain ways to think. If a student does something a different way or “incorrectly” then they are ridiculed, but if a student does it the “correct” way they are just like a robot. Writing isn’t even truly “creative writing” or an outlet for kids. Students are given a certain layout they have to follow and they have to follow specific guidelines.

When a child’s dream or goal seems unachievable to teachers, they are told to come back down to Earth and do something more realistic. Kids are taught the black and white lifestyle and expected to follow through and live out a path they didn’t dream of. Therefore, schools are a place where students go to be educated out of creativity.