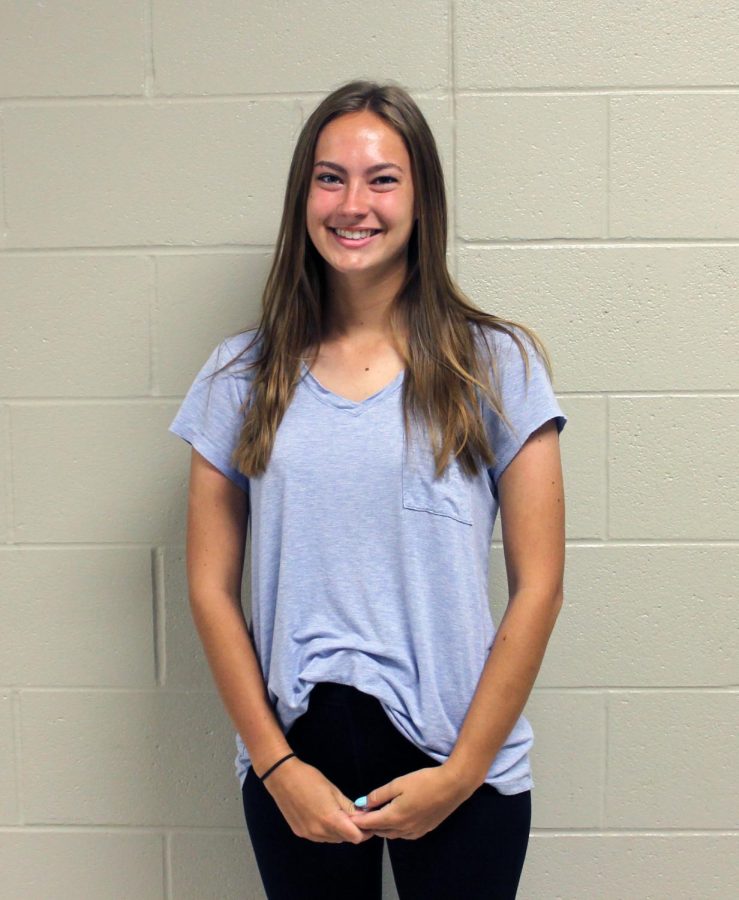 Senior Shaylee Wolfe overcame a pre-regionals slump and went to state May 16-17.

After being in a slump until regionals, she became one of three individuals to head to the state tournament in the 4A division.

“When I found out I was going to state I was almost the happiest I’ve ever been,” Shaylee said. “That is the one goal I have worked for all four years and it felt so good to be paid off.”

Shaylee’s team did not advance to state, she tried for second individually in the whole tournament. Only the first three teams and first three individuals advance, Shaylee was first individually.

“I did not think I would make it, but I knew I had a chance individually after how I finished the first day,” Shaylee said. “I was still going to have to play good both days to pull it off.”

Shaylee has been to state with her team every year except for her sophomore year due to COVID-19, however she has never gone individually. This year was her last year to attempt to go to state.

“My coach came up to me after my last hole of the regional tournament and said ‘well you got yourself one last chance to play at legends, and you got me out of going to school for two days.’,” Shaylee said.

Shaylee experienced senioritis, a claim that seniors undergo a decline in motivation and performance. However, she didn’t take that opportunity to slack off, instead she made it to state.

“My season did not start the way I wanted it to,” Shaylee said. “I didn’t play well until regionals actually. I am very thankful for my team, they were able to help me prepare all year.”