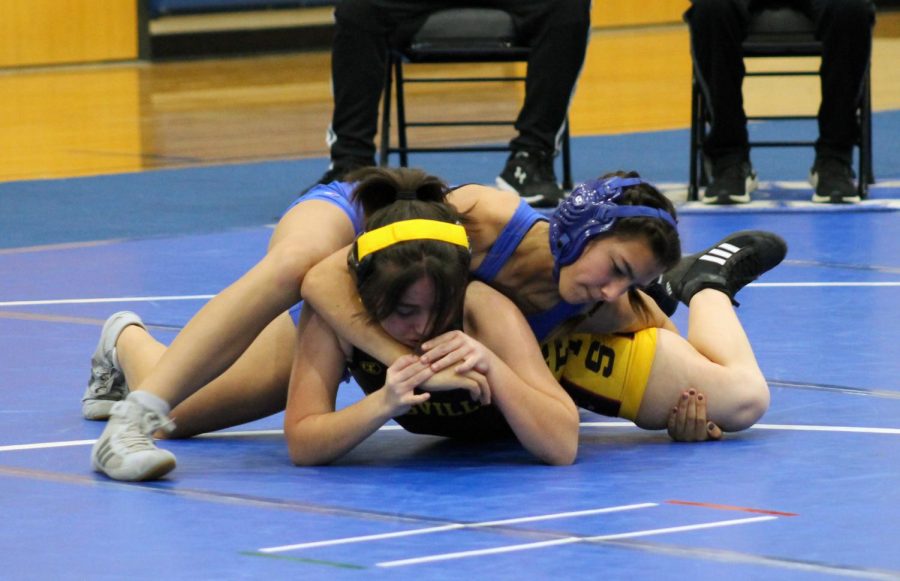 “We have faced the Hornets every year since I have been with the team, and we always match up very well together,” head wrestling coach Donovan Kleckner said.

“The girls team came out ready to go, having one of the best outings of the year!” Kleckner said.

“The boys team started off very good, winning in all of the lower weights,” Kleckner said. “The upper weights ended up getting beat but how we lost is very easy to fix.”

They also competed in the Craig T. Grace 17th Annual Centex Invitational this past weekend at Eastside Early College High School in Austin.

Kleckner said that January is a  busy month for the teams, having meets every Wednesday and Saturday.

“Starting the first week of February we will compete in the district tournament and depending on how we do we can take the athletes to regionals or state,” Kleckner said.