Tennis To Compete In Area Today 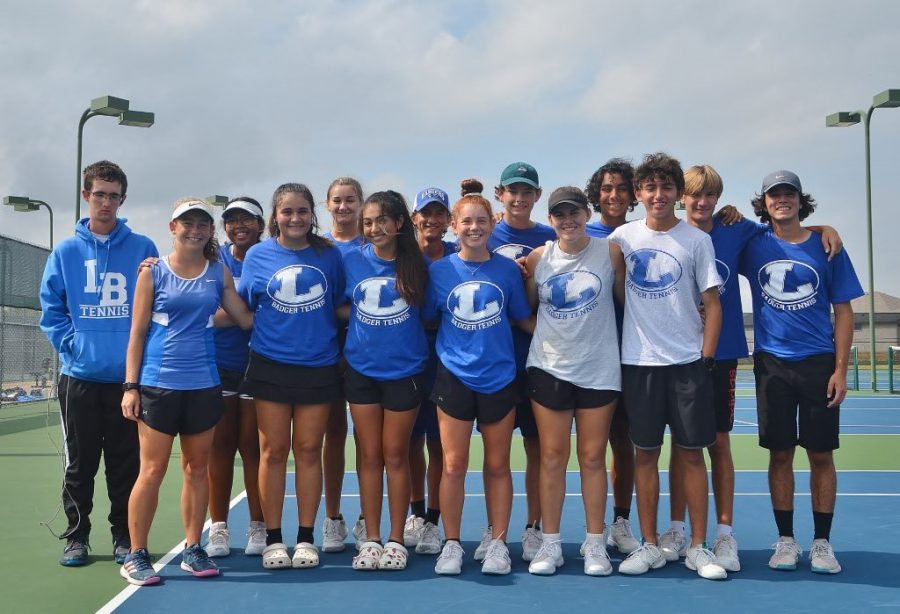 The Tennis team won their Bi District playoff match against Decatur Tuesday, and have moved on to the Area. The team is scheduled to play at Vernon in Mineral Wells at 1:00 p.m. today.

During the beginning of the game against Decatur, Zapata/Durbin won their match. Watson/Flores won a close match. Valdez/Valdez pulled a number one spot. Arellano/Vasquez played and won their match as well.

“The kids played hard and should be proud,” tennis coach Kenneth Peiser said.

After doubles, the team was at a 4-3 lead. Single matches left the team with an 8-3 lead. Abby Valdez, Allison Valdez, Calk and Vasquez won their singles.

“Thanks to all the parents that showed up and watched the match,” Peiser said. “You and the kids will remember these kinds of matches. Something to talk about around the campfire in later years.”

This morning the school had the team walk the halls with the band to celebrate their accomplishments and recognize their achievements.

“I am extremely proud of the team and myself,” junior JT Vasquez said. “I can’t wait to play and I think we will all do great!”