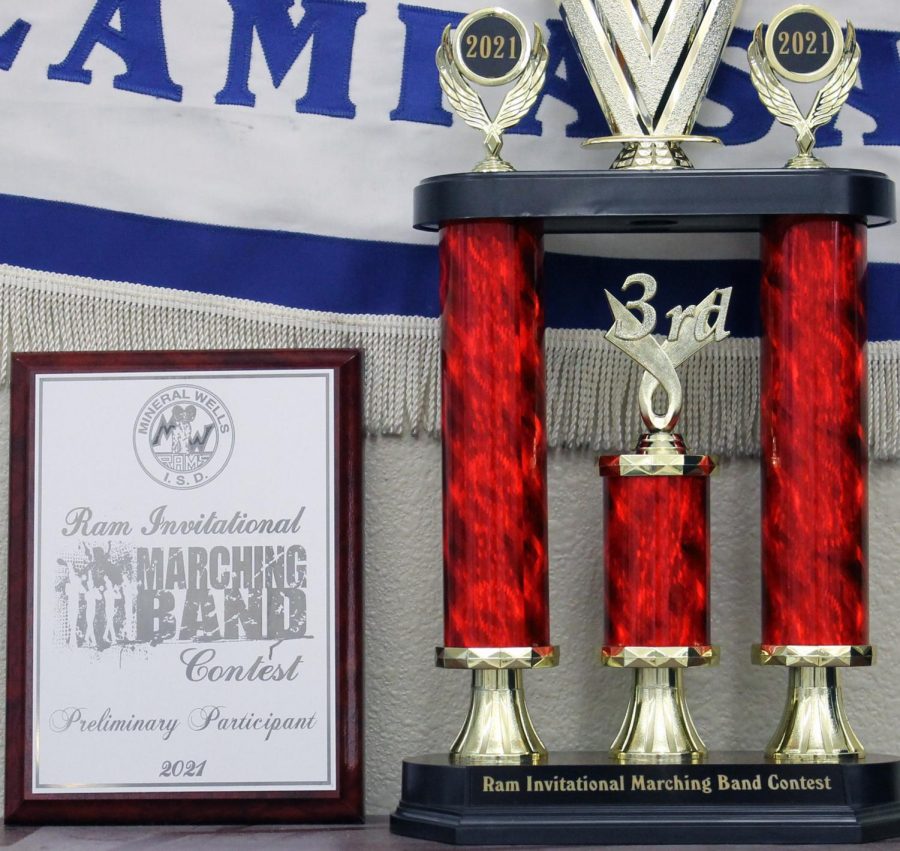 Band placed 3rd at the practice competition in Mineral Wells Oct. 2 against 8 other schools.

“I think we did pretty well,” junior Ella Hairston said. “We could have marched better and paid more attention, but people were feeling the pressures of the competition and getting nervous with all of the excitement.”

The competition was two rounds, one in the morning and one in the afternoon. The band was allowed a 15 minute practice time before walking onto the field to perfect their show so they can perform the best they can. The show that the band is performing this year is titled “The Witching Hour” and consists of three movements, “The Gathering,” “Spells and Incantations” and “The Witches Dance and Flight”.

“I think that the show is very good,” junior Ashton Friedlander said. “It’s much better than the last two shows we’ve had. I think it sounds better in the drumline area and the front ensemble.”

In between the two sets, the band was treated with pizza and some time at an arcade to ease their minds and reward them for the first show. After the whole competition concluded, the band made their way back home and arrived at the school around midnight.

“We have a lot of potential, we just need to focus a lot more and practice a lot harder than we have before,”  junior Luke Coonrod said.