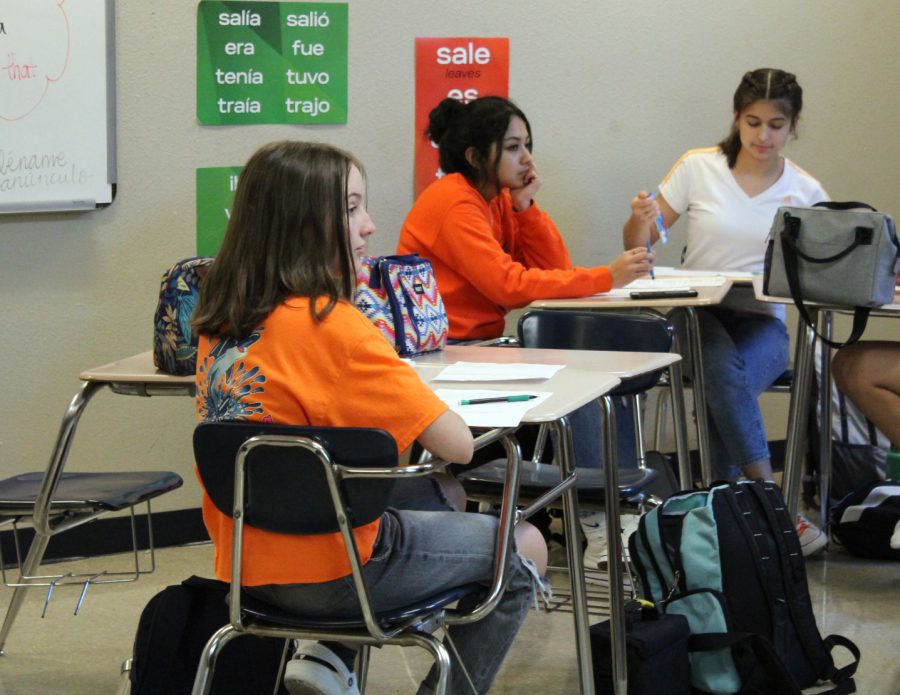 During the 2020-2021 school year, the pandemic hindered some from coming to school for a week, and some for the entire school year. While the first day of school this year was the first time most of the freshmen had been to the high school, it was also the first for a few of the sophomores as well.

“The first day was the same as any other first school day,” sophomore Kailyn Cisneros said. “There wasn’t much confusion. The students seemed neutral although I know most were already dreading the school year.”

One of the biggest issues of starting a new school is getting lost.

“While my classmates kind of knew where to go, I was lost,” sophomore Brice Miller said. “I [had] to start following people around to find my classes, as I had no sense of direction as I did in middle school.”

Sophomore Kailyn Cisneros was a virtual freshman but had come to the high school multiple time before, so she did not get lost.

“As an added measure, I had saved a picture of the school map to my phone,” Cisneros said.

Students were virtual for many reasons. The choice was made by themselves or their parents.

“I was virtual because my mom was scared of COVID, and since my brother has bad lungs, she didn’t want any of us going,” sophomore Oliver Brown said.

Many of the virtual students did enjoy coming back to in-person school.

“[It was] refreshing because I got to see so many familiar faces,” Miller said.

Cisneros said that the hardest part for her was the loss of sleep she experienced compared to being on her own schedule.

“I wake up early for sports practices, as well as getting home late from sports practices and having to do hours of homework, resulting in me going to bed around midnight, and only sleeping about 5 hours or less,” Cisneros said.

Cisneros found that the teachers were nice and welcoming.

“[They] didn’t make the first day difficult and put on a positive attitude to boost students’ moods,” Cisneros said.