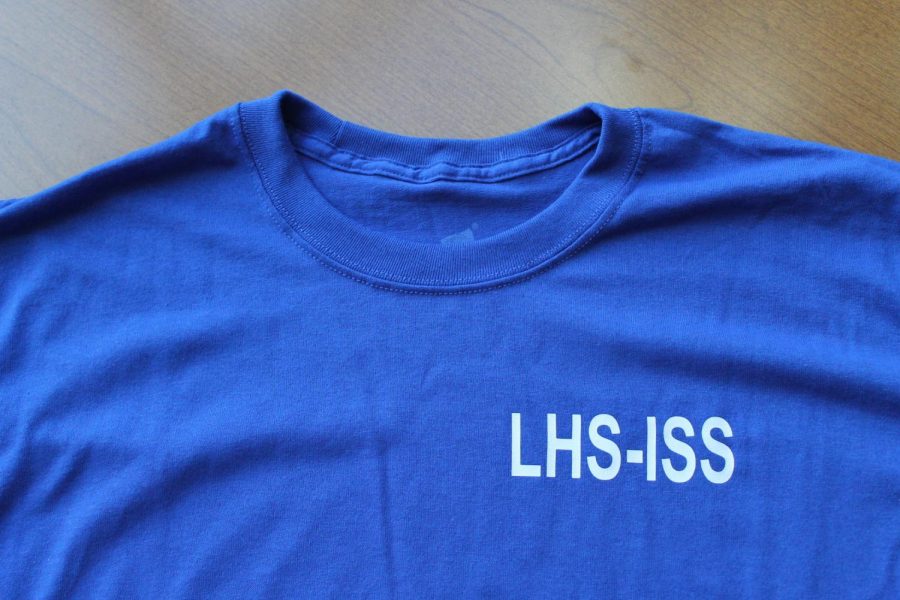 The school implemented shirts and shorts for students to wear when deemed out of dress code.

Coming into school on the first day, students were not expecting the greeting they received. Many students were dress-coded on the spot with violations such as ripped jeans, short shirts and tights. The atmosphere was described by some students as ‘prison-like.’

Many students are unhappy as administrators try their best to enforce the dress code as written in the student handbook.

“For the last two years, [dress code enforcement] has been an anomaly because of COVID,” principal Joey McQueen said. “With all students back in-person, it is easier to enforce.”

While the dress code is based upon a board policy, much latitude was left to the administration to develop the specific details of the rule in the student handbook.

“Dress codes are primarily a local matter based upon administrative implementation of local school board policies subject to state and federal laws and constitutional protections of student rights,” former TEA Commissioner William Kirby said. “If students and/or parents have a problem with a local dress code, they should compare the board policy with the administratively developed student handbook to see whether the board policy was being carried out as written or whether the administration had significantly broadened and expanded the local policy. Students and parents could then follow local grievance policies and object to the offending rule be it board policy or administrative interpretation.”

The school also implemented ISS shirts and shorts this year, which  are worn if students get dress-coded and they don’t have any other clothes to replace the dress-coded clothes.

“The shirts and shorts in ISS gives anyone out of dress code an opportunity to change into them and not miss any class time,” McQueen said. “A student that refuses to fix the dress code violation, will remain in ISS for the day until they can rectify the violation.”

Many students think the dress code is sexist and targets female students.

“I don’t feel that way,” McQueen said. “What I do know, is that the girls have more opportunities to be dress-coded, because of the different types of clothing they wear as opposed to what the boys wear.”

For some students, the first day of the new school year was coming in and being called out immediately, in front of many other students. Most of the students who were dress coded were females.

“Right as I walked in, girls were getting dress-coded and it made me feel uncomfortable,” sophomore Katlynn Bull said. “The atmosphere was gloomy because it was all shorts, jeans, and shirts with duct tape over the holes.”

“I plan to go to a board meeting to get some of the rules changed,” junior Caleb Poston said. “I don’t think it’s fair that the male staff can have beards and the students cannot. They say it’s to keep us safe if there’s a shooter but I don’t think that works very well. They say the reason the male staff can have beards is because they have passes that show who they are, but then why can’t the students be able to have beards? Why can’t they charge 5-10$ to get a school pass, then the student can have a beard? I find it more fair than having to force us to shave every single day. That can get very expensive.”

The dress code can also affect the individuality of many students. They feel that they can’t be who they want to be.

“The amount of things they have restricted makes it harder for students to express themselves,” Bull said. “I understand why foul language is restricted, but certain things in the dress code don’t make sense.”

There will most likely always be a dress code, but there are different ways to change the dress code — some are more extreme than others.

“As far as getting a local policy changed, the best procedure would be to meet with the campus principal and see what leeway exists,” Kirby said. “If the policy is rigid, students/parents could follow local grievance procedures and file a formal protest which could ultimately wind up before the board.”

Everyone has their opinions on the dress code. Whether it’ll change or not is up to the people.

“​To me, the dress code is here to stay, and the choice is to not be out of dress code or get dress-coded and go to ISS,” McQueen said. “It is simple; we have choices in our life and sometimes the choice we choose makes you suffer the consequence.”