Administration Names Students of the Semester 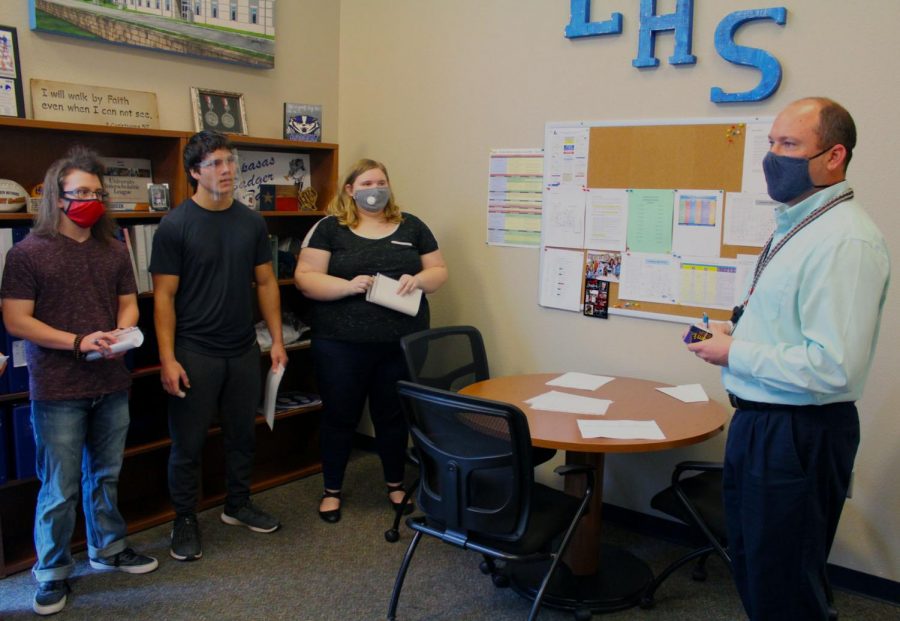 Assistant principal Paul Weinheimer discusses Student of the Semester with the winners Jan 22.

“We wanted to bring attention to students that were doing well over a long period of time,” Weinheimer said. “We want our students to know that we understand that many of them are doing great things every day! Not all things will get noticed and announced but we appreciate all the positive efforts by our students.”

Since there are multiple winners, the selection process is slightly different than Student of the Month.

“Department heads meet with their teachers and come up with a student that is doing a great job,” Weinheimer said. “For Students of the Month, each department will have a different class to choose from.  For example, science may have freshmen for January.”

Senior Jacdon Green said he is humbled to have been chosen.

“I am thankful for the opportunity to represent Lampasas High better,” Green said. “I am happy that the school is taking steps to reward the efforts that the students put in. I look forward to the future of academics within the school and would love for academic achievements outside of high school to be endorsed as well.”

“After getting the award, I felt really proud of myself,” Escaran said. “I heard I was nominated by my class teacher, which made me feel really honored. I don’t really get rewarded for my grades and such, so it felt really nice.”