No School Wednesday For Veteran’s Day 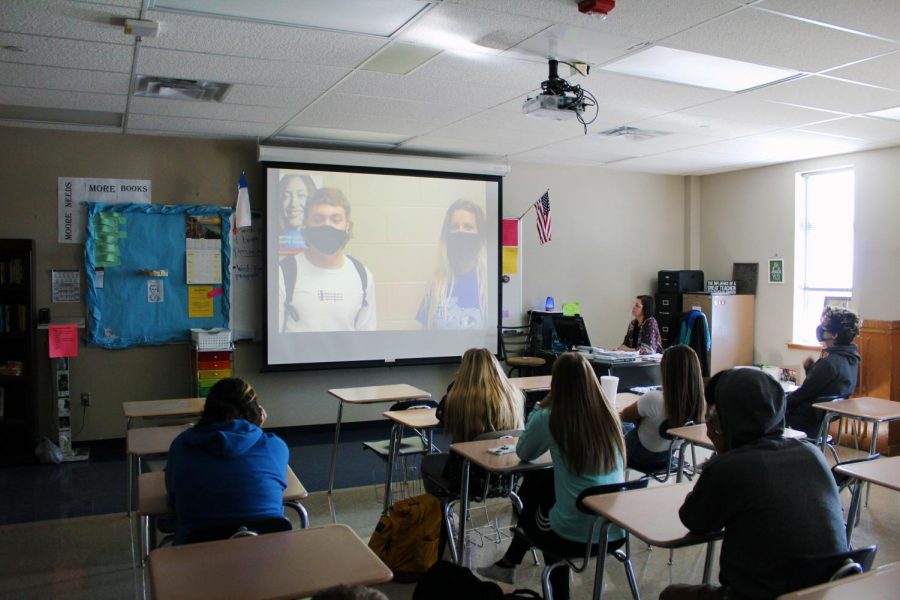 Veteran’s Day is a day to honor troops who are no longer in the military. The U.S. has their independence and its freedom that America is so proud of thanks to those who served the country. Due to this holiday, the school will be taking a day off Wednesday, Nov. 11.

“Veterans Day is recognized nationally on Nov. 11,” transitional coordinator Liza Crawford said. “LISD recognized that day last year on a Monday by making it a student holiday and a teacher comp day. The two years before that, Nov. 11 fell on the weekend. This year, Nov. 11 falls on a Wednesday. Therefore, next Wednesday will be student holiday and teacher comp day. It is not normal practice that we have days off in the middle of the week, but it is important we recognize and remember our veterans on the date the nation has designated.”

Assistant principal Paul Weinheimer created a video shown across the classrooms during academic period Nov. 4 featuring the school’s own veterans.

“I think that truth and that story needs to come from people that are veterans and that have been through it,” Weinheimer said. “And then we need to shed light on veterans that are here that have paid the price so that we can be here and get an education and be free.”

Weinheimer said that many people, including himself, often take their freedom for granted.

“Sometimes we forget how we got it and why we have it, and who gave it to us,” Weinheimer said. “Those are the people that gave us our freedoms, like Mr. Tatum said, ‘When I go to bed at night I feel safe,’ so we need to remember that daily.”

One veteran at the high school, science teacher Carl Gehring was in the military as a combat engineer for about 22 years, and he said he learned an important life lesson while serving.

Attendance secretary and Navy Reservist Amanda Yazzie is currently in the Navy but is not deployed. In the Navy, she is known as Petty Officer Second Class Electronics Technician Amanda Yazzie, and she works on combat surface naval warfare which includes doing ballistics and radars for the U.S. navy.

“The most honorable thing I have ever done so far with the Navy is I coordinated and attended a funeral for a person that had been at Pearl Harbor,” Yazzie said in the video. “They had found a bone fragment in something called the Punchbowl that they were digging up and, when they found this bone fragment, they were able to extract the DNA from it and find who the bones actually belonged to. Little did they know that he had six sisters at the time and only one of them was still alive. She was 92 years old. We were able to bring her brother home, back to Syracuse, New York, and have a proper military funeral for him.”

All the siblings of that fallen soldier had passed away except one sister. Yazzie said it was very emotional and an honor to bring her closure.

“It means that we just don’t forget what happened in the past,” Yazzie said in the video. “We will always honor those who have been in the past, and I am just basically continuing what they started. I will continue that as long as I can, and hopefully someone will continue the work that I have done, be it small or be it important, it is just that little bit of work that brings this all together.”