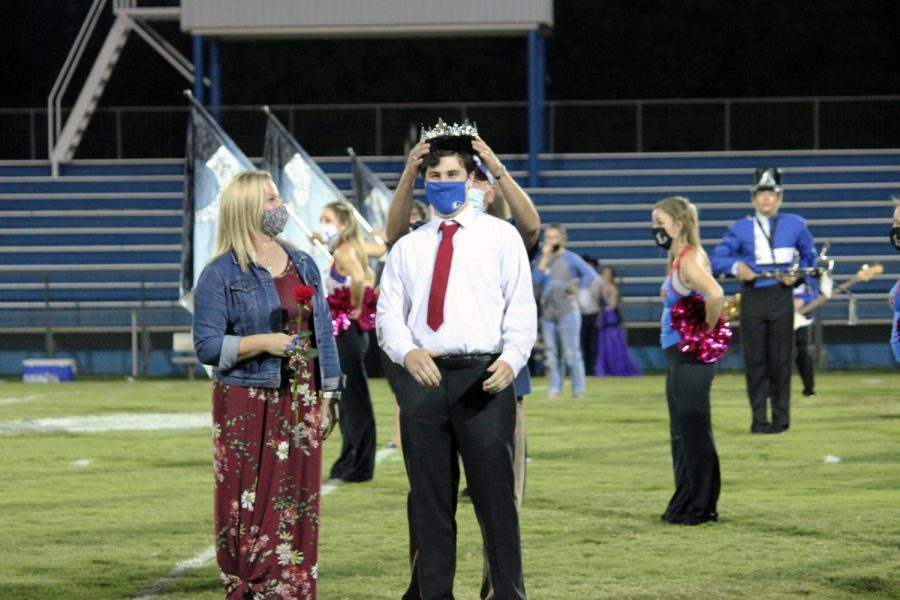 COVID-19 has pushed many events back, but that did not deter the Badgers from crowning a homecoming king this year Oct. 21.

Homecoming was originally scheduled for Sept. 25, but that was pushed back due to COVID- 19 circumstances.

“It felt absolutely fantastic to win,¨ Wheeler said. ¨I´m just so grateful to have been elected. It really means a lot to me.¨

Wheeler is in speech and debate and theatre as well as other organizations, so he has many connections to people in the high school. However, Wheeler said he did not expect to win.

¨This is something I always thought would be awesome if it happened,¨ Wheeler said.  ¨I´m not going to lie to you and tell you it was expected to happen, but I am so glad it did happen.¨

Wheeler is considering going to University of Texas or Rice University to study political science. He is in the top 5% of his class as well.

¨I think the school elected me homecoming king for all sorts of reasons,¨ Wheeler said. ¨It is kind of hard to pin down a specific reason. I hope it’s because they know what kind of person I am and how I try to be the best person I can be.¨

In a year of uncertainty, the Badgers chose Wheeler to be their king.

¨To those who voted for me, I’d just like to say thank you so much,¨ Wheeler said. ¨Y´all are fantastic and I love you guys!¨