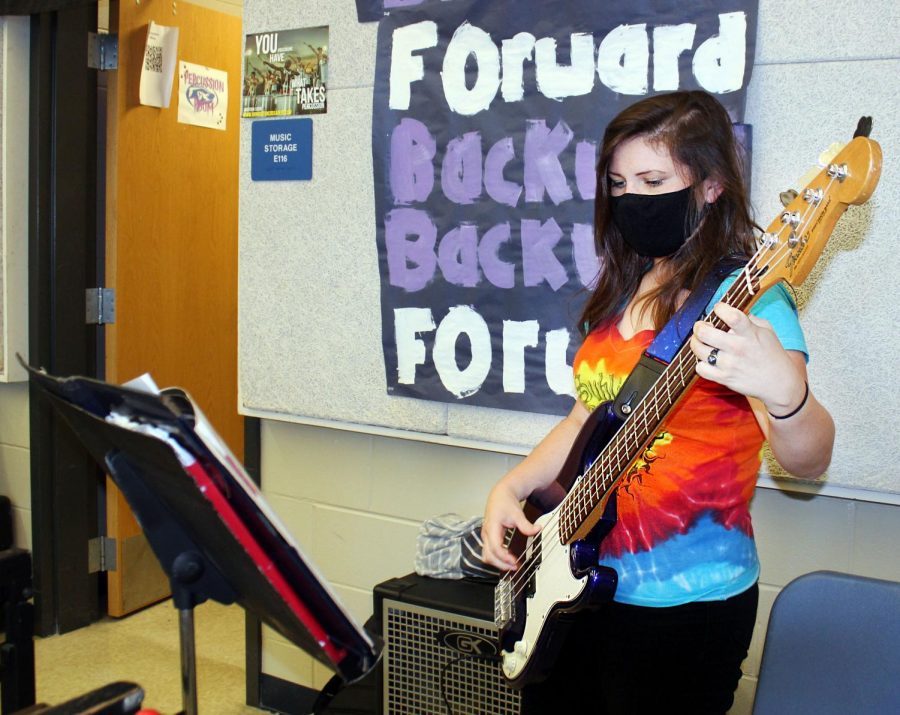 Standing in the front now, senior Mariah Perrill plays her heart out in front of a crowd of football fans. After years of playing and practicing the bass, she finally stands on the front line of attention and anticipation.

Perrill performs at varsity football games every Friday as part of  the halftime show.

“Honestly it’s really fun,” Perrill said. “Because I’m usually in percussion and at, like, the back row, but in jazz band I can be right out front playing for the crowd on an instrument that I love playing.”

Perrill has been working for the guitarist position since she was in 8th grade.

“I practiced until I could just outplay some of the other people who tried out for it and eventually I became  a senior, so I’m the only one who can play the bass,” she said.

When she became a senior, her time for the spotlight finally arrived.

“She did well on her audition for the first time trying out,” band director Jeremy Flint said. “Mariah has a lot of talent on the Bass Guitar and I am glad to have her playing in the Jazz Band.”

Perrill is held in high admiration by her bandmates. She holds together the songs and works tirelessly to keep learning and improving on her talent.

“Mariah is probably the best guitar player I know,” trumpet player Sadie Smith said. “She’s definitely the backbone of the jazz band because she holds all the chords together.”