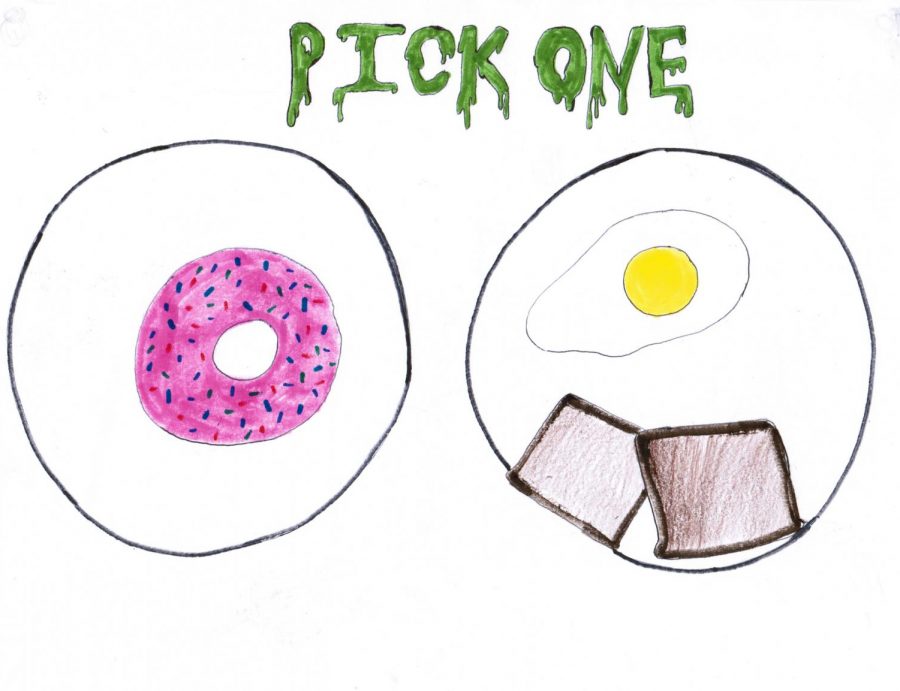 Anyone who has made a weight-loss journey will agree with this fact: state of mind and attitude is everything. You could choose to either eat a donut for breakfast and lay around all day, or you could eat eggs and whole wheat toast and go for a jog. But, if it’s not comfortable for them and doesn’t give them instant satisfaction, most obese will choose the former.

In recent years, the United States, as well as the world, has seen a dramatic increase in obesity rates among children and adults alike. In spite of this being a national emergency in the U.S., there is a growing movement in America, one that supports, praises and glorifies being overweight. In other words, this “Fat Pride” movement is one that openly promotes an unhealthy, unappealing and dangerous lifestyle.

With that being said, it raises the question of why so many Americans are obese, and why there is so much contention over whether it’s OK or not.

According to the CDC and World Health Organization (WHO), the leading causes of obesity is lack of physical activity and a high-calorie, low-nutrient diet. Sedentary activities such as watching television, playing video games, oversleeping and spending too much time on screen devices are prime causes of weight gain. Also, increased intake of fast food, processed food, high-calorie beverages, sugary snacks and artificial sweeteners play a huge role in weight gain.

Furthermore, obesity is a disease that can quickly diminish one’s own physical health. Obesity, especially childhood obesity, can lead to a multitude of diseases, including, but not limited to, high blood pressure and cholesterol, erroneous glucose tolerance, asthma, sleep apnea, joint issues, fatty liver disease, gallstones and gastro-esophonageal reflux. More specifically, those overweight are at an increased risk of developing cardiovascular diseases, Type II diabetes, osteoarthritis, hypertension, and certain types of cancers, including breast, kidney, colon, endometrial and prostate.

Despite the plethora of health consequences, as well as an overall social stigma against obesity, there is a rising movement to support and pander to those who suffer from this disease. The “Fat Pride” movement, so it’s been called, is a detrimental menace to the health and well being of the obese.

Rather than help the obese and promote a healthy lifestyle, the movement tells them that it’s OK to be the weight they are, to be proud, to be confident and to “ignore the haters.” Rather than flatten the curve of overweight people, this movement chooses to try and normalize it and pull the wool over the people’s eyes. Rather than care about the people’s health and lives, the movement cares about their feelings and about “offending” them.

In addition, offending obese individuals means just simply speaking the truth. The human psyche looks at things that are pleasing to the eye. Our biological instinct is to find a mate/partner that will make healthy offspring. So, it would make sense as to why those overweight are much less attractive to most others, men and women alike.

The monster dubbed as obesity also mentally tears apart people. According to the CDC, obesity is also related to psychological problems such as anxiety and depression, low self-esteem, low quality of life and social issues such as bullying and stigma.

If the Fat Pride movement cared so much about “plus-sized” people, it would teach and promote healthy choices to grant the obese a longer and happier life. Per the CDC and WHO, obesity can in fact be avoided and cured through diet and frequent physical activity, even if the root cause of the disease is a genetic disorder.

The truth of the matter behind why most obese individuals do not seek change or take action to change is that they are satisfied and choose not to apply the mental stength required to do so. For example, those that use food to cope with anxiety or depression do not have the support to change their habits. They are told “you’re beautiful just the way you are” and that they don’t need to keep working at it if it’s uncomfortable or too difficult.

Anyone who has made a weight-loss journey will agree with this fact: state of mind and attitude is everything. You could choose to either eat a donut for breakfast and lay around all day, or you could eat eggs and whole wheat toast and go for a jog. But, if it’s not comfortable for them and doesn’t give them instant satisfaction, most obese will choose the former.

Regardless, the choice to change is conflicted with the Fat Pride’s mentality of accepting this disease and choosing to do nothing about it. The movement has instilled a feeling of complacency and ignorance about the true evil of obesity. No, those suffering should not be put under the ringer and mocked in public. However, they should be given the truth and neither them nor anyone else should be satisfied with the frequency of obesity.

Like it or not, obesity is a detrimental disease that should not be accepted. The sheer negligence of facts and fear of offending people are the fundamental flaws behind the Fat Pride movement, endangering the lives of millions. The cold hard truth is that a heart attack doesn’t care about your feelings, not in the slightest.