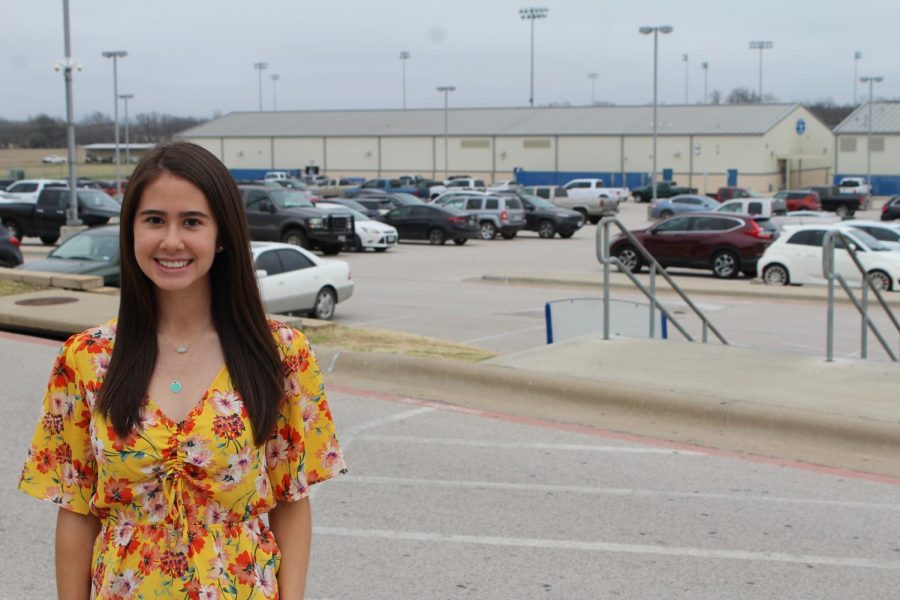 In September, student council vice president Kirsten Richards presented the idea of allowing seniors to paint a parking spot to the school board.

In September, student council vice president Kirsten Richards presented the idea of allowing seniors to paint a parking spot to the school board. The administration has made the decision to not go through with this idea.

“Dr. Rascoe and other board members were concerned that if we didn’t use the correct type of paint, like a permanent paint, then it would be on there for a long time, and then you would have to monitor what students painted on it,” Principal Joey McQueen said. “The biggest concern is the aesthetic of it and how the parking lot would look over the years.”

McQueen and Richards tried coming up with alternate options for the seniors so they still feel represented in their own parking spaces.

“Kirsten brought up the point about some kind of washable paint,” McQueen said. “Well if we did that, when you wash it, it will all drain down and no telling if it will leave streaks. Then we thought about putting name plates on the concrete barriers, like drilling them there, and then we figured some goof ball would take someone’s and move it to another spot and put theirs in that spot.”

Schools in the area, like Burnet, continue to allow seniors to paint parking spaces.

The old high school building  used to allow the seniors to paint a parking spot.

“Others have had it back in the day,” McQueen said. “When our high school was where the middle school is now, they did it, but it was in the back and not everyone could see it, so it wasn’t a big deal.”

There isn’t a decided plan for an alternate option for the seniors, but McQueen said if there is a way to get names written on what he is calling “concrete bumpers”, there is a possibility that could happen.

“I’m sorry it’s that way,” McQueen said. “I wouldn’t mind doing it, but at the same time I understand the reasoning from upper administration, and I think Kirsten heard that too.”

Richards and fellow classmates felt let down after all the hype they received in the hopes of getting to leave their mark.

“At first, I was pretty upset we weren’t allowed to do it because I thought it would be a fun way to be creative to celebrate our senior year, but after discussing negative effects of it with Dr. Rascoe, it made a lot of sense not to follow through,” Richards said.