Opinion: People Should Be Vaccinated To Protect Themselves, Others 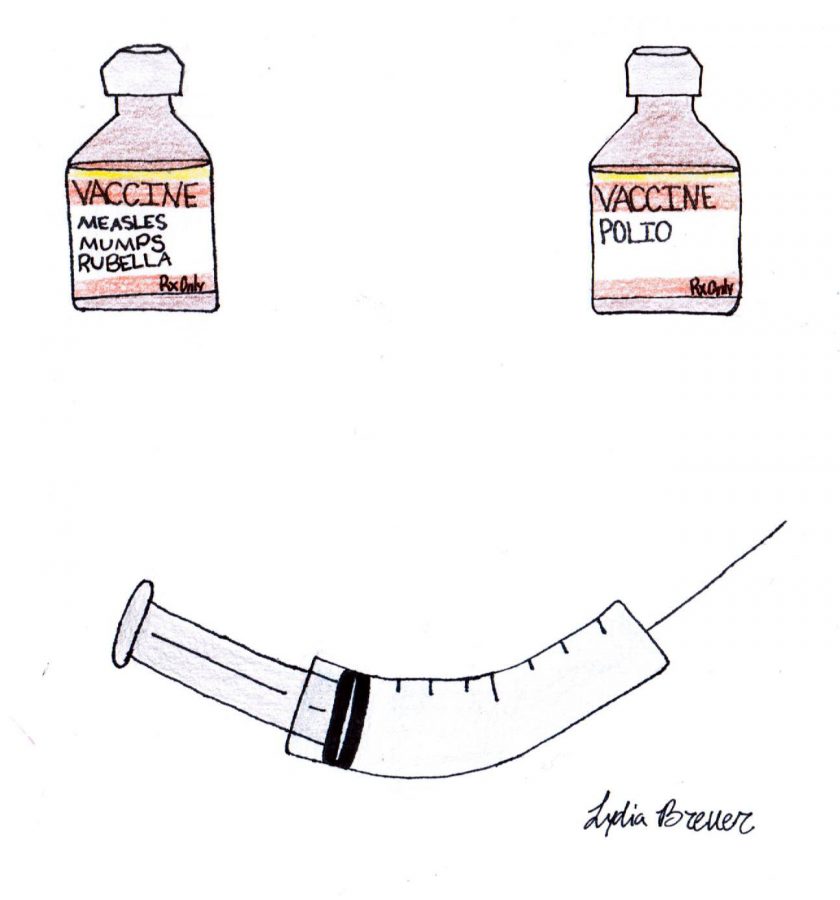 Two vaccination vials and a syringe form the shape of a smiley face, because getting vaccinated is important for the well being of the human race.

People should be vaccinated, if they are able, to keep ourselves and others safe.

Getting vaccinated is important for the well being of the human race. Without them, many people would be dead or suffering from easily prevented diseases like polio, which used to paralyze and kill children all across the USA, but now thanks to vaccines there are no reported cases of polio. Immunizations prevent up to around 2-3 million deaths per year. Diseases like diphtheria, tetanus, whooping cough, influenza and measles can be prevented by vaccines, and now there are no smallpox vaccines because it has been eradicated. That disease no longer exists because of vaccines.

Vaccines are safe and effective, while also saving time and money. Vaccines are only given once many doctors have approved that the patient is well enough to receive them. Most of the time, the worst side effect someone could get from a vaccine is temporary pain or stiffness at the site of the injection, but that is a small price to pay when it saves someone’s life before it’s even in danger. Most insurance covers vaccines, and if an important vaccine isn’t taken and someone ends up with that disease, they could end up spending huge amounts of money on treatments and time stolen having to deal with that disease.

A common misconception about vaccines is they do more harm or good because they inject a dead or dying strain of the virus or that vaccines can cause autism. Both of these are not true. While vaccines do inject a dead or dying strain of the virus, unless one is allergic and/or has an incredibly weak immune system, the worst that could happen is one becomes sick for a day or two. If one person gets sick from a vaccine, there are thousands more where their life is protected because of it. The thought that vaccines cause autism is absolutely ridiculous. Autism is a purely genetically-caused disorder that manifests itself in different ways and cannot be caused by anything except genetics.

Now, vaccines should definitely not be taken by people who are allergic to them or have an unstable immune system because they could get seriously sick or go into anaphylaxis if it is serious enough. If someone is well enough to take a vaccine, they should do it to protect themselves and others.