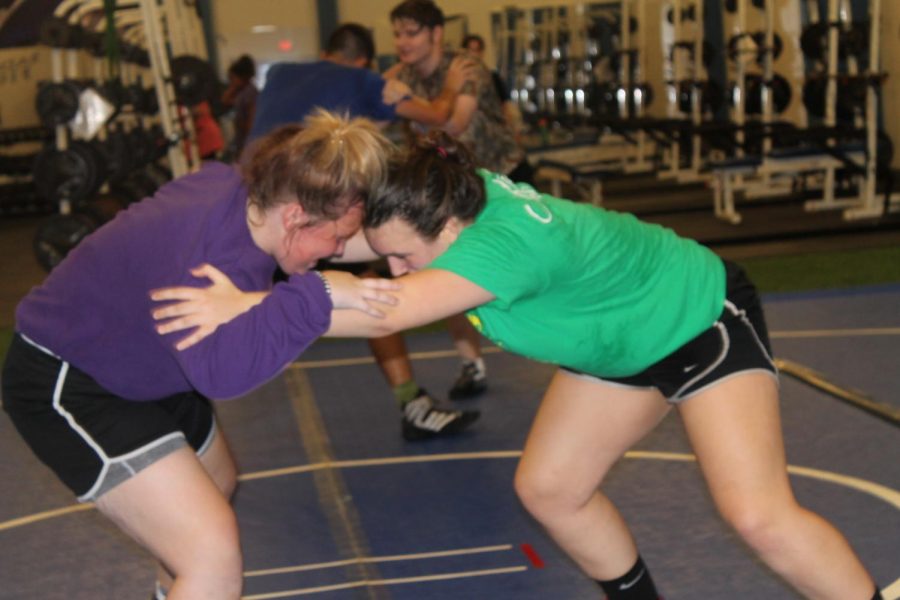 With the coming of winter comes the occurrence of new sports. Wrestling has begun to get ready for the season ahead.

“I’m pumped for this upcoming season,” varsity wrestler Taylor Talbert said. “We’re all going to become a family and the girls are going to kick Leander’s butt and take first as a team in district this year.”

Starting a month earlier than last year, practices have been from 4:00 p.m. to 5:30 p.m. Monday through Thursday, giving the athletes more time to prepare for the first tournament.

With the new season comes a new coach. Since former wrestling coach Brandon Rosa  moved to Oklahoma, Elma Garnett has taken the position for coaching.

“I’m really super excited about learning with the kids and seeing what they can do and how they improved from last year,“ Garnett said. “This year we’re actually going to have people come to our house and we’re going to have a duel.”

Students who wrestled last year and went to regionals are excited to have another chance to try to make it to state and they hope to take out their old competitors from last year.

“I’m excited to see what state has to offer,” varsity wrestler Jonathan Dill said. “I expect some tough competition.”