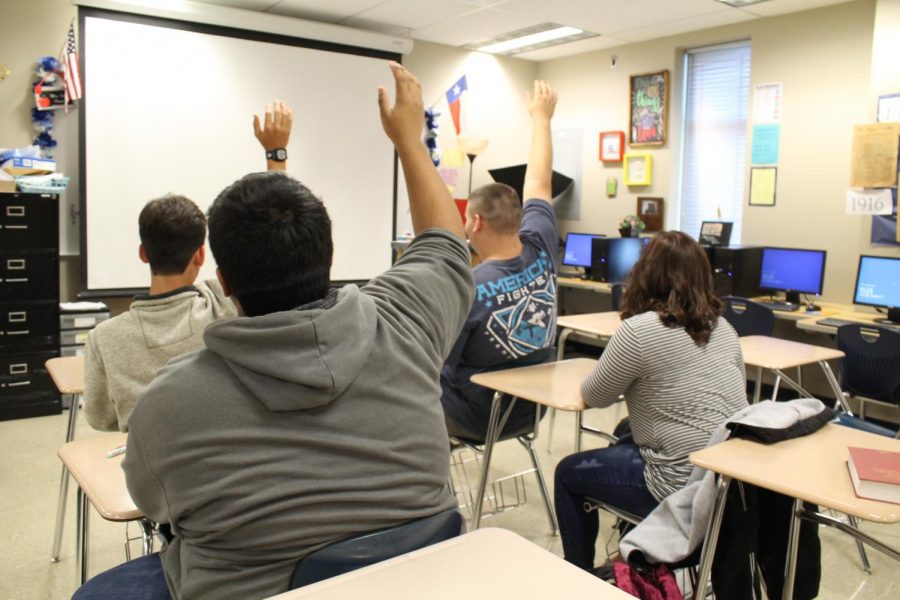 Male students sit in class and answer questions while the female sits behind them without voicing her opinion on certain topics. Studies show teachers can react differently to boys than girls, ultimately causing educational boundaries for females. The photo depicts how the public school system looks over the thoughts and opinions of females.

In 1972, Title IX of the education amendments was enacted but, has it been truly in effect since?

Though “the boy crisis” is occurring, where researchers believe that girls benefit more in schools, they in fact do not. Scientists have discovered that the female brain can develop ten years before the male brain. For girls in school, this is a problem due to the rowdy and annoying behaviors of some boys.

Education time suffers due to the horse play of many boys. A teacher never gets on to a girl for rough housing or being too out of place. Therefore, girls suffer learning time because of boys.

The public education system is always worried about a girl’s outward appearance and not always her inner abilities. Schools tend to give boys the benefit of the doubt when it comes to dress code, sports and academics. A boy’s shorts do not have to be to their fingertips when a girls do. Girls also do not even get the option of getting to wear athletic shorts at school.

Many public schools revolve intensely around their athletic programs. Though there are equal amounts of girl to boy programs, girl’s programs are not as supported as the main male ones. The girl’s soccer team does not  have bleachers filled every game night the way varsity football, let alone junior varsity football does. After Title IX was passed in 1972, by 1987 the 4% of girls in sports rocketed to 26%. Today, boys still outnumber girls in sports by a ratio of 2-to-1 in statistics done by the NCAA.

If a girl shouts out in class, studies show that teachers are more likely to tell the girl “to raise her hand” but when a boy shouts an answer out he is given a reply. Although girls are closing the gap between themselves and boys in mathematics, they appear to be falling further behind in science.  In another study done by the AAUW, researchers discovered that science teachers 79% of the time will choose a boy over a girl to help in a demonstration.

Altogether, schools are more centered for male leaning than female. From academics to athletics, girls are either held back or not given enough support.