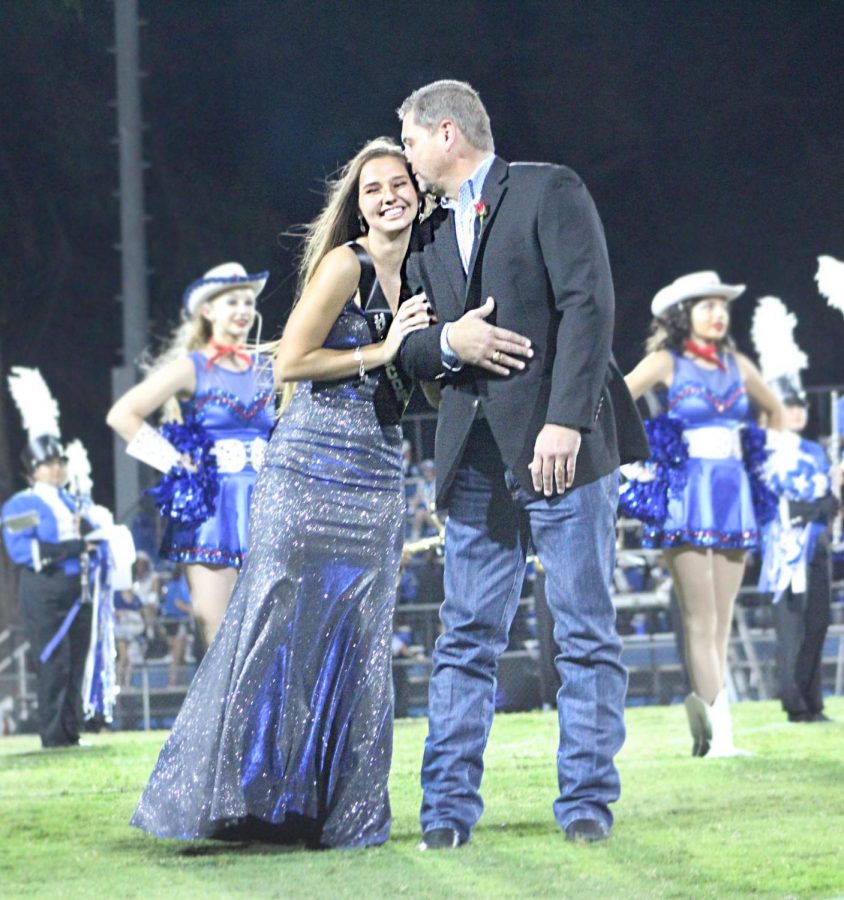 Senior Jessica Ball was crowned the 2019 homecoming queen Sept 20 during the halftime show at Badger Stadium.

“Being homecoming queen is something that I’ve dreamt about ever since I was a little girl, and I’m really honored and touched that the school chose me to represent them this way,” Ball said.

“I felt excited to crown the new queen,” Garza said. “Jessica is a wonderful person, and I was really happy that she won.”

Ball was escorted across the field by her father Sid Ball.

“I was hoping I wouldn’t fall in front of everyone going to get the crown, but I was very surprised and excited,” Ball said.

Ball is a part of many school groups such as the president of XFX Spirit Club, Student Council, Juniorette Pierians Club and Tunnel Crew. She is a member of NHS and co-captain of the varsity girls basketball team. She was also a 2019 attendee of Texas Bluebonnet Girls state and is the current salutatorian of the senior class.

“I think being involved in this school in a variety of groups helped me win,” Ball said.

Earlier on this day during the high school pep rally, senior Scooter Cook was crowned the 2019 homecoming king.

“I’m happy that Jessica got homecoming queen,” Cook said. “She deserves it.”